The agreement is made, unquestioningly, in absolute trust.

That phrase, absolute trust, was the man’s. We have absolute trust in one another he wrote and repeated it, as if marvelling at an unusual experience.

I’ve never had absolute trust in anyone. I thought that must be a weakness in me that I ought to overcome, since the opportunity had unexpectedly presented itself. Go on, I told me. Trust. Absolute. And immediately thought of Swedish vodka.

I don’t want to do it again, I said. I don’t want to do that fumbling in a car thing stuff. I really, really don’t like it. It makes me feel terrible. So I’ll just meet you for lunch in a public place and you won’t touch me, ok?

J drops me off at the National Library. He’s there at the bottom of the steps, leaning on his vehicle. I am so happy to see him. We hug each other. He says, I’m on a double yellow line, I’ll have to move. So I hop in. I need to pee, I tell him. I anticipate him saying, I’ll hover here while you go in the Library. Or, I’ll look for a parking spot while you go inside. Instead he pulls away from the kerb and says, there’s a place near the lake where there are toilets. Ok, I say, practising absolute trust like I told myself I should.

Now I know I wanted to hit him, tear his clothes, punch him off me, scream at him to get off my fucking body, claw his face with my fingernails, bite great pieces out of him. Now I know, but then it was all inchoate, as things can be during the course of entirely unexpected and intense events, and I took flight, to a corner of the car, from which I watched me.

I do say: You agreed you wouldn’t do this.  He does say: You are irresistible. I can’t keep my hands off you. I have to fuck you. I love you.

There is nothing in my adult life I have wanted less than to be in that place in that way at that time. 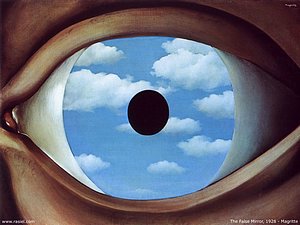 I look at her face in the mirror. Sucked in, I tell her. I watch her cry. You are groomable, I tell her. That thing you thought could only happen to children?

This acute phase, the counsellor tells me, usually lasts about three months. We are speaking about my erratic sleep patterns, my inability to make decisions, my new habit of sitting frozen in place while I try to think of what to do next.

I don’t like this vulnerability. I don’t like having missed all the red flags. I don’t like being someone who didn’t see what was coming her way and take steps to avoid it. But here I am.

Leave me a place underground, a labyrinth,
where I can go, when I wish to turn,
without eyes, without touch,
in the void, to dumb stone,
or the finger of shadow.

I know that you cannot, no one, no thing
can deliver up that place, or that path,
but what can I do with my pitiful passions,
if they are no use, on the surface
of everyday life,
if I cannot look to survive,
except by dying, going beyond, entering
into the state, metallic and slumbering,
of primeval flame?
Pablo Neruda

I woke this morning to the certainty that I no longer love you.

I’ve worked towards this goal. At times the task I’d set myself seemed futile.  But:

If suddenly
you forget me
do not look for me,
for I shall already have forgotten you.

Shattered beings are best represented by bits and pieces…